Home Press Release Orica launches the first NFT marketplace where anyone can crowdfund their ideas. 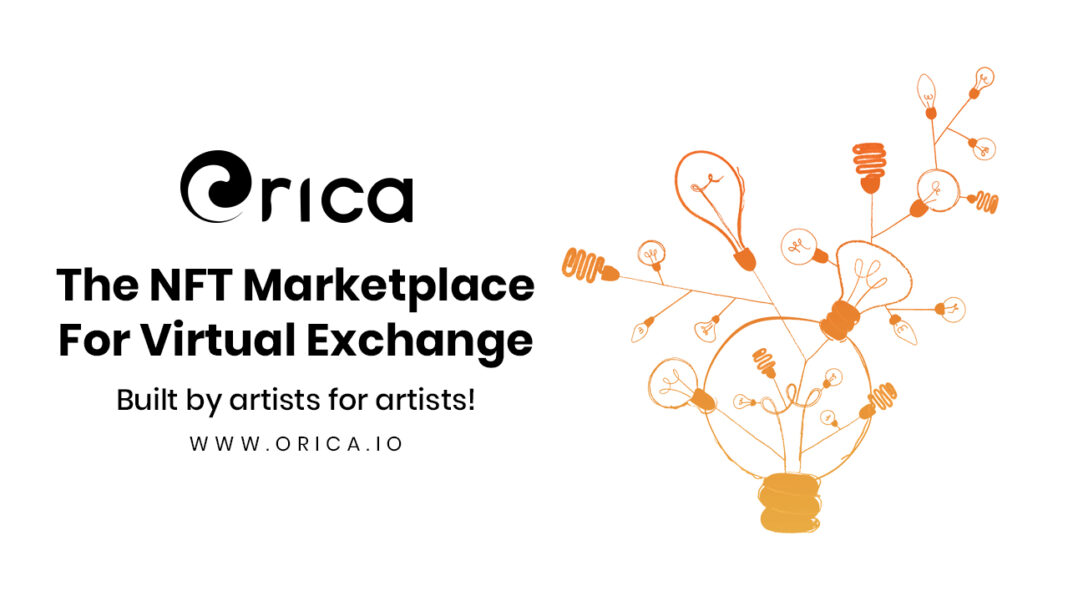 Vienna, Austria / 13 August 2021 / Orica, the next-generation NFT Marketplace built by artists has partnered with Bbanga Project, an NGO focused on building a bright future for the children. Bbanga Project is a Ugandan NGO based in Austria and Uganda. Bbanga Project is committed to sustainable access to quality education for all children, regardless of their parent’s income. The key partnership. Orica aims to help the NGO with its funding goals while trying to build a unique next-generation NFT marketplace for artists.

Unlike other NFT marketplaces, Orica is built for first-time cryptocurrency users. It is built for those who have a personal appreciation for creativity and are on the lookout for great art. The project is currently whitelisted in over 60 countries, giving it a wider range of audience and contributor artists. It plans to become whitelisted in all countries.

Orica’s Initial NFT Offering aims to revolutionize the NFT ecosystem ensuring even small ideas can be recognised by many and everyone who participates gets a royalty of that NFT. Orica is the first marketplace that has set this as a goal.

The platform is all set to host its first pre-sale on August 14 that has a lucrative Tesla on offer for investors to win. There will be 15M (Million) ORI distributed among investors and various other prizes to be won.

The NFT hype is through the roof as sales reach over $3 billion and major brands, artists, and celebrities all join in the frenzy. Non-Fungible Token (NFT) made its debut in 2018 and until 2020 it was primarily used as a fan token for premier sports clubs and in-game rewards, however, the 2021 bull run made NFT an ecosystem of its own. It all started with the digital artist Beeple’s NFT art selling for $69 million, gaining mainstream attraction and eyeballs. In no time everyone joined the NFT game be it Coca-Cola, Marvel, Dolce Gabbana, Times Group or hundreds of other mainstream brands.

The NFT mania for sure has become the trend, but at the same time, it has led to degradation of quality, ignoring real art for memes and gifs pushing back artists out of the league. This is where Orica aims to fill the gap. Orica is built as a launchpad for take-off to a well-organized NFT market. Some of the unique and key features of the Orica NFT marketplace would include,

Orica wants to expand the NFT horizon to gather mainstream audiences. Orica will be the first marketplace to not require their users to have an understanding of Crypto, wallets, blockchain, and the like.

Anyone can sell, buy and create an NFT certificate of ownership for all sorts of digital goods (like collectibles, gaming items, digital arts, certifications, fashion designs, licenses, media files, printable 3D arts, and several others). Also, Orica is not limited to only NFTs for digital goods. There is an option for redeemable physical NFTs. With this, sellers can create (also called mint) an NFT for an item they wish to sell as an NFT.

Orica offers the lowest minting fees in the market. Orica is the NFT platform that allows one to pay the minting fee (that is the NFT creation fee) after selling the NFT. It is the NFT marketplace that offers the option of an initial NFT offering to its publishing community. Orica incentivizes great art, by way of votes by the community and rewarding the winners. Some of the most sought after features of the Orica ecosystem involves,

Initial NFT offerings: Orica is the NFT marketplace with an initial offering for creators, still in the process of creating their masterpiece, but deadlock with the funds to finance the project. With initial NFT offerings, any artist can raise the needed funds before creating.

The initial market cap will be $300,000. The native token ORI is a deflationary token where the project would burn 25% of the marketplace fees.

Orica would have a total initial circulating supply of 1.5 Million ORI with a fund hard cap of $1.875 million. The fully diluted market cap of the ORI token is $15 million. There will be total supply of 100 Million ORI, distributed in the following way,

The project also boasts of a very strong lockup structure that ensures market stability of tokens and avoids pump and dump.

MadTrooper – The most awaited NFT drop of 2021