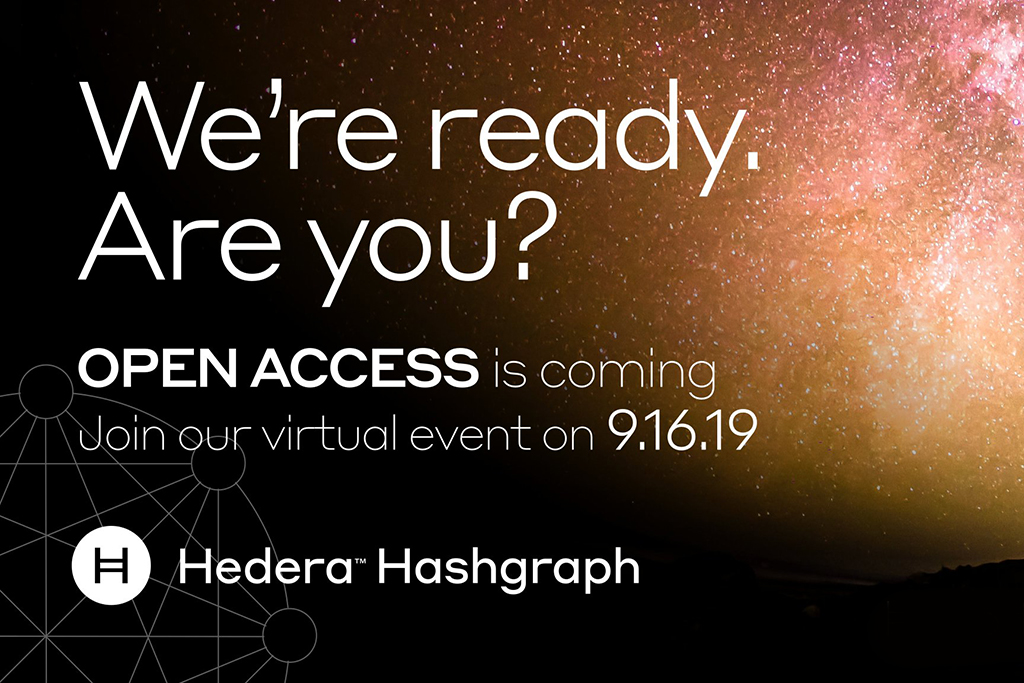 Hedera Hashgraph, an enterprise public distributed ledger platform, has officially announced that it will launch Open Access (OA) on Monday the 16th of September for its mainnet in beta mode. When it launches, Hedera Hashgraph will support easy creation and deployment of supported decentralized applications (DApps) from any developers interested in hosting their creations on the platform.

Co-Founder and CEO, Mance Harmon, has iterated this, saying that the platform is ready to accept all interested contributors and developers. Harmon also highlights the company’s desire to ensure that the platform becomes the most transparent in the sector as well as the offering of its own cryptocurrency, HBAR. According to Harmon:

“With Open Access, we are excited to welcome any and all to join the hundreds of third-party developers already building decentralized applications on our platform. Open Access also marks the next step in our journey to become the industry’s most decentralized, permissionless, public network. At the same time that our mirror nodes are becoming open source and accessible to all, we’re also beginning a careful, responsible coin distribution process.”

HBAR Token
Hedera Hashgraph’s digital currency according to the company will be released as soon as the beta launch is concluded. The company plans that the distribution of these tokens, about 50 billion of them, will be spread out in batches over the next 15 years.

This will be made possible with proceeds from the $124 million it received last year from its Initial Coin Offering (ICO). Hedera hopes that the plan to fix a definite supply of HBAR tokens and distribute said tokens over such a long period will help a thorough transition into a fully public and permissionless network.

The network will also allow all interested holders who stake coins to perform ledger entry verifications, thereby becoming nodes. The company has noted that the plan to spread distribution is also a pre-emptive effort to strongly prevent the possibility of a market hijack by malicious players who might try to create artificial dominance and compromise the privacy and security of the platform. Hedera also promises that the platform can handle up to 10,000 transactions per second and will be tradable on several crypto exchanges.

More on Hedera Hashgraph
Even though it will launch its own digital assets, the company has stated that it the cryptocurrency is not the main focus of the platform. According to the team, the main focus is to create a proper framework that will support other decentralized applications, providing a secure platform for developers.

Hedera further points out that the platform is not a blockchain as it does not require the creation of blocks forming a chain of recorded transactions.

Hedera co-founder and chief scientist, Leemon Baird, has said that the members of the council were specifically chosen to ensure a certain level of diversity. According to Baird, the council comprises companies “on different continents, under different governments and in different industries.”

Social Media Star Sean Havens Launches his NFT Project to an Audience of Over...

Taboo To Dominate The Nft Market With The Launch Of Their Marketplace With $1m...

The Top Secret To Grow Your Business On Telegram