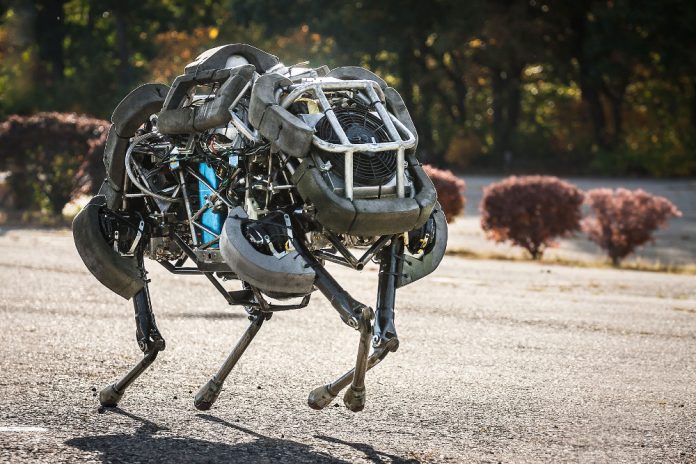 Boston Dynamics has become somewhat of a household name over the past few years. This is primarily due to the company’s advancements in the world of robotics. Numerous videos of its products and changes have put a smile on faces. It now appears the company is looking to commercialize one of these creations, as Spot is ready for mainstream adoption.

While not everyone has high hopes or expectations for commercial robots, Boston Dynamics has a very different opinion regarding this matter. The company has built up a very interesting reputation regarding its robotics research and development. However, there was never a real indication any of these units would be commercialized this soon. Spot, its robot “dog”, is the first unit to undergo rigorous testing.

To put this in perspective, Spot is undergoing some proof-of-concept testing. The potential use cases range anywhere from delivering packages or surveying work and anything else in between. Depending on how this trial goes, the unit may go on sale as early as late 2019. A price point has not been announced as of yet.

There are still a lot of questions regarding the commercialized version of this robot. It will seemingly maintain all of the functions one would expect, albeit no one has ever seen the unit perform other than the few “tricks” which have been recorded on video so far. It is a very different matter to supervise workers or deliver packages, as those require a completely different approach.

Additionally, Boston Dynamics confirms Spot can work as an autonomous unit. At the same time, these new “tasks” might require human supervision. It will be interesting to see how the company decides to tackle that particular aspect. There is also the risk of units malfunctioning, which is somewhat to be expected when it comes to new technological ventures. An interesting future awaits in this regard.

According to sources close to the matter, Boston Dynamics wants to sell Spot as a mobility platform which accommodates a wide range of customization. There are a lot of potential opportunities abound, although it will primarily depend on how versatile these units prove to be. It will take a lot of time and effort until either humans or animals feel comfortable interacting with such a robot on a regular basis, albeit these are important first steps waiting to be taken.

Unlike what most people may assume, the Spot unit is more than capable of demonstrating emotions such as frustrations and stubbornness. Those features can make this unit even more appealing to the right buyers. It seems unlikely these units will replace human workers in the future, albeit it may be a small step toward achieving that goal. Producing more of these units will be a big hurdle to overcome for Boston Dynamics, as just four dozen Spot models exist today.