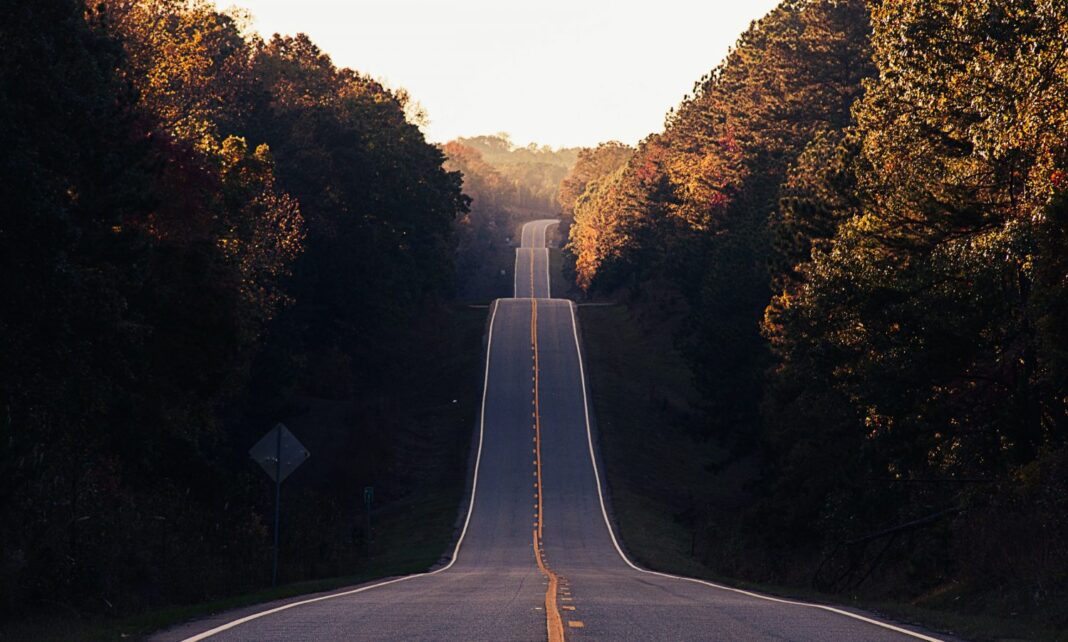 Bitcoin was trading above the price level of $11400, at press time, with BTC having successfully negotiated a stay above $11k for most of the previous week. In fact, despite several notable developments recently, the cryptocurrency recorded a 5% hike over a 3-week period.

This is interesting because, until 2020, the prevailing perception was that events and developments associated with top cryptocurrency exchanges would generate FUD and have a direct impact on Bitcoin’s price. However, the cryptocurrency’s latest hike seems to have changed how traders are looking at Bitcoin.

Popular quant-trader Qiao Wang was one of those to comment on the current state of the Bitcoin. He tweeted, 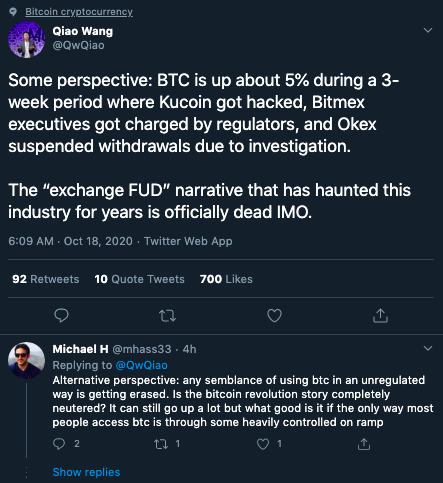 The KuCoin hack, the CFTC’s charges against BitMEX, and the suspension of withdrawals by OKEx were staggeringly significant events in their own right. However, despite the fact that they all transpired within a short period, these developments failed to deter Bitcoin’s price movement. This is incredulous, since one of these exchanges, BitMEX, has been accused of market manipulation on several occasions.

That’s not all. Gone are the days when Bitcoin was concentrated on exchanges. Bitcoin reserves have dropped considerably YTD. In fact, it is now below the 180-day average.

This is interesting since, over the first three months of 2020, exchange reserves had risen in direct proportion to the cryptocurrency’s price. However, in June 2020, reserves became inversely proportional to the price.

Another popular narrative that can be drawn here is one of geography. The concentration of Bitcoin mining farms and Bitcoin in East Asia led to high adoption and contributed to the trade volume and the price. However, based on Chainalysis’ chart of regional flows, the flow of Bitcoin within East Asia continues to remain high.

If the narrative of geography was true, the concentration of Bitcoin in East Asia, coupled with suspended OKEx withdrawals, could have spelled a crash for Bitcoin’s price. However, the price didn’t suffer the anticipated impact. Exchange reserves and regional BTC flows are possibly no longer influencing the price. Investment by smart money and the demand generated by institutions is at a high scale, and this may have balanced the impact of other factors.

The narrative of FUD and FOMO has changed to make way for a mature market narrative. Bitcoin’s increasing correlation with traditional financial markets and its lowered responsiveness to FUD could be the sign of a mature market smart money has waited so long for.

Bitcoin, one can argue, is behaving more like a tech stock than ever before, and this may lead to a breakout in the price. Smart money sees this as a sign of a mature market. A fall in FOMO and FUD and a higher correlation with traditional markets and indices may usher in more smart money, making retail traders bullish in the long run.

Gear up for the Launch of Upstairs, an NFT Marketplace Offering the Best User...

QuiverX Capital Has Launched its Wallet with 1inch.exchange Integration and MoonPay On-Ramp

The Fastest Blockchain Ever – Mojaik