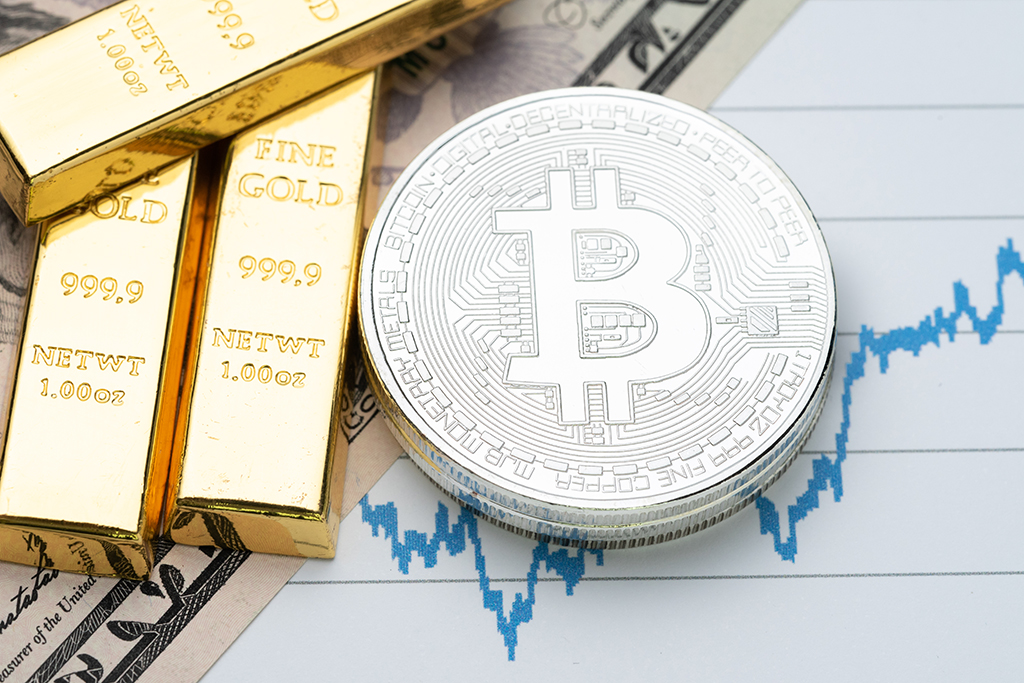 Gold continues to be the safe haven for global investors when it comes to parking their money in secure assets. Bitcoin, on the other hand, has failed to win the trust of big investors at this stage.

Economists from around the globe are hinting towards growing concerns of the US recession as the US debt has skyrocketed in the last few years. Investors in such times usually move towards risk-averse assets like Gold, bonds, etc. Although many from the crypto world were confident earlier that Bitcoin will prove as a safe haven to beat the recession, data doesn’t suggest the same.

Earlier this week on Tuesday, the U.S. Institute of Supply Management released data showing that the U.S. manufacturing index had dropped to its 10-year low at 47.8 percent. A below 50 report highlights major contraction in manufacturing activities. This has further aggravated the chances of an upcoming recession.

The global equity markets have already started reacting to the threat of recession. In the last two days. The Dow Jones Industrial Average slipped by 450 points in the last two days since the manufacturing data is out.

Demand for Gold Rises
As stock markets are seeing a selling pressure, demand for Gold has surged heavily. In the last two days, the Gold price has surged from $1460 to $1500 per announce. According to David Roche, president and global strategist at Independent Strategy, the Gold price can likely touch $2000 by next year. This suggests a whopping 33% increase from the current levels.

“What my gut says is that cause of the vilification of fiat currencies by central bankers, which is set to get worse — not better, people will look for an alternative currency. Gold is a good alternative currency because it’s safe, and because it costs nothing to own it compared to paying negative rates on deposits”.

On the other hand, there’s a clear lack of demand for Bitcoin as the world’s largest cryptocurrency plummeted over 20% in the last two weeks. Even the entry of big players like ICE‘s Bakkt has failed to lure global institutional investors to park their money in Bitcoin and its associated products.

Many investors and crypto pundits thought BTC would be a safe haven with looming concerns of a recession. But it looks like in comparison to the yellow metal, virtual digital currencies are still far from winning the ultimate trust of investors. Well, in future things could possibly turn around, but for now, the lack of interest in BTC doesn’t make it a safe haven indeed.

SafariSwap: Using DeFi To Save Wildlife

RACHEL TOKEN’S IEO IS THE FIRST TO START ON FOUR EXCHANGES SIMULTANEOUSLY!