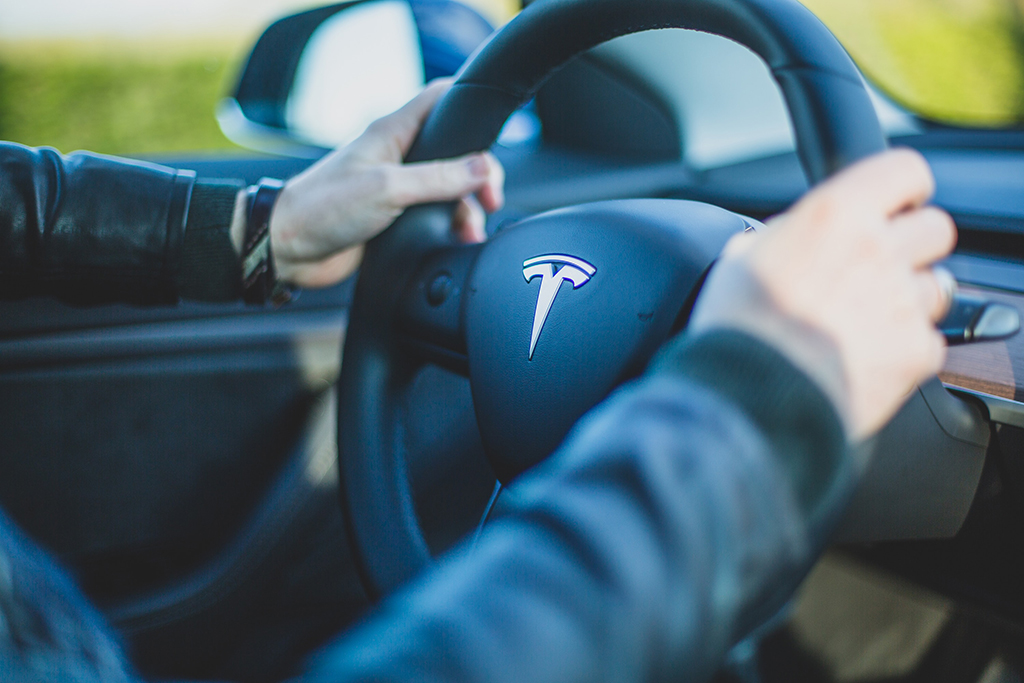 Researchers claim Tesla car company will be gaining in the market weight as well as in the electric car sphere.

The FANG or FAANG list may change the name to FAAMGT because Microsoft and Tesla are the two big corporations in a hurry to achieve perfection. The corporations in that list are considered by many as the saviors of the American economy.

Analysts from Ark Investment Say Tesla to Go Bullish
Catherine Wood is a professional with a vision who claims that Tesla stock can easily reach the price level of $6000 per share. You probably thought that we were joking in the article claiming that XRP could gain up to 2000% in the year 2020. However, that’s how we work – carefully collect and craft the shocking information and just give it to the community.

Wood told CNBC that the Tesla company will keep traction and gain acceptance of its unusual products around the world.

Even the ladies cannot stand when it comes to a beautiful Tesla sports car. The TSLA stocks already doubled in price since last September, while Elon Musk considered a genius mind and even appears on the decentralized government ID’s cover art (by the MF Freeland, for instance).

“As we’re looking at other auto companies, seeing how far behind Tesla they are, we’re beginning to believe they might not lose market share, which is a huge change in our assumptions”

Back in February 2019, Catherine predicted that the Tesla stock will rise to 4000 dollars per share. Tasha Keeny, another Ark Investment analyst, sent her opinion to Yahoo Finance. She says:

“That’s assuming our bull case assumptions for the EV (electric vehicle) market. Broadly what’s changed in our assumptions over the past few years is, we’ve always said that Tesla was three years ahead on batteries, autonomous hardware, and autonomous data collection. And we’re adding software to that, over-the-air software updates.”

As soon as people discover how friendly and fun Tesla is, they immediately fall in love with some of the products.

Tesla already issued 180 million shares. Such a substantial amount can drive the company to the top level of the U.S. corporate world. Only the companies with trillion-valued market caps can join the elite club. So far, Tesla already made its progress to the level of 100 billion.

Colin Rush, the Analyst from Oppenheimer, sets the target price to $612 per share.

Yandex Driverless Taxi to Compete With Tesla
On Tuesday, the Tesla company did hit an all-time high of more than $500 per share. Lighting up the news about autonomous automobiles, presented by both Tesla and Yandex. If you didn’t know, the company that is called ‘Russian Google’, Yandex, has its service of self-driving cars. Recently, one of the driver-less taxis has made its path through the streets of Las Vegas without anyone noticing the difference.

To support their favorite brand in the world of competition, the American investors increased investments into the Tesla stocks. The intent is to make some money and to support Musk. And to show the competitors that dominance is as iconic as the brand itself. Musk is a weird person, but the products are gorgeous. A fleet of 700,000 Tesla cars already collecting self-driving-related information.

If you didn’t know, Tesla car has lots of hidden easter eggs you can play with. For instance, when you make the car listen to classical music it can start dancing. Also, recently a bunch of crazy crypto enthusiasts has made the Tesla car run a Bitcoin full-node, which is somewhat awesome.

Just imagine the world full of Tesla cars, not wasting the air, not polluting the forests and not making millions of people nervous about the oil price. Imagine every Tesla car in the world holding a Bitcoin full node, confirming your transactions while you rolling on the bridge.

Military Agenda and Scientific Progress Compete for Minds in America
The solid war budgets and unpredictable outcomes of the Iranian conflict drag America to the dangerous path of imperialism. Despite the harsh times require harsh decisions, some people don’t care about harshness, politics and important decisions.

The Leisure Army – as the opposite side of America’s militarism – is its compensation power. It provides artists, scientists, and creators of all kinds. This part of the intelligent American society develops things that teach, inspire and entertain the rest of the Earth. When Americans look at the Eastern Yin Yang symbol, they observe their own ‘systema nervosum centrale’.

Why MATCH Token Pre-Sale is Creating So Much Buzz

US President Donald Trump: “I am not a fan of Bitcoin”