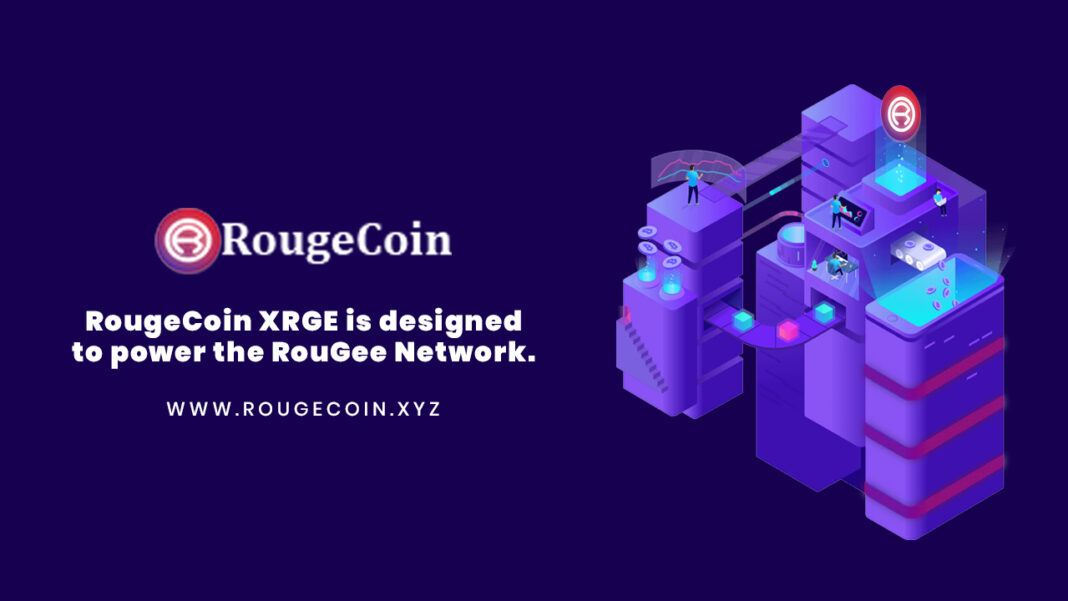 The NFT craze has hit the peak with every other mainstream brand, celebrity and sports stars venturing into the NFT world. As with every craze with the crypto market, hundreds of new NFT projects have been released with no real use case and just trying to bank on the trend. This is where RougeCoin separates itself with a unique take on the NFT mania, an NFT marketplace that combines the essence of social networking with the crypto phenomenon. The NFT social network rewards the true content and gives value to social media posts.

RougeCoin brings a new non-algorithm based social media & networking cryptocurrency app that rewards users for interaction. Every like/love interaction will be a RougeCoin transaction that rewards the user’s RougeCoin wallet embedded in the app or metamask, 1inchwallet. Users will be on a decentralized social media platform with no restrictions on their content. It will feature a function where users can exchange RougeCoin for other coins on RougeSwap.

As of today Facebook and Instagram holds the social media monopoly with nearly 2 billion users base across the world. However, these social media platforms have remained the same for the past decade with little innovation. RouGee Network on the other hand will be powered by RougeCoin (XRGE). It is an open-Source decentralized Social Network where users are rewarded by other users.

The RougeCoin NFT social network would make people’s interaction into an economy where users instead of liking a post would tip the author for their content. This way the true artists and people with quality content would rise to the top and would make money for their content as well. Social media posts will be monetized for artists, musicians, models, comedians, and photographer enthusiasts alike on a streamlined, fluid timeline similar to the current flow of social media apps today. Some of the key features of the platform include,

Apart from earning through their content, traders can also stake their NFTs to earn RougeCoin. The native token would be key to the NFT platform and would act as the fuel of the ecosystem. The NFT platform boasts of transfer speeds of up to 5x-10x faster than bitcoin which allows for a fluid integrated user experience on the platform. The platform has an up-to-date cryptographic SHA-256 script using the newest versions of Solidity which makes for easy updates to the system and code for both the application and functions for RouGee.

The NFT platform has decided to remove an algorithm based method due to the fact that it is unfair to the user to put another user ahead of everyone else on the platform. The AI based match technology will ensure users will be seen amongst most accounts on the platform using hashtags and reverse laser targeting used in a non ad-like manner, but instead to connect users to each other without a vigorous search of interests.

RougeCoin Would Give Social Network a Much Needed NFT Update

Today content is king, however existing social media platforms outdated algorithms and flawed fund share policies with creators and advertisers have many people looking for an alternative. However, the biggest issue has been censorship where people, channels and video contents have been removed without prior warnings and many times they ban the account altogether. However, RouGee would change that with its innovative decentralized take. It will not only make social media censorship free, giving everyone the freedom to speak their minds while getting rewarded by fellow users for their content.

RougeCoin plans to break the monopoly of likes of Facebook and Instagram who in their market has managed to run over every upcoming competition. Being a decentralized system means it has huge potential and market to grow. Looking at the current NFT craze, RouGee would bring in the best of artists and musicians because it has been created in collaboration with celebrities, musicians and prominent figures within the entertainment industry.

To learn more about RougeCoin and RouGee visit Rougecoin.xyz