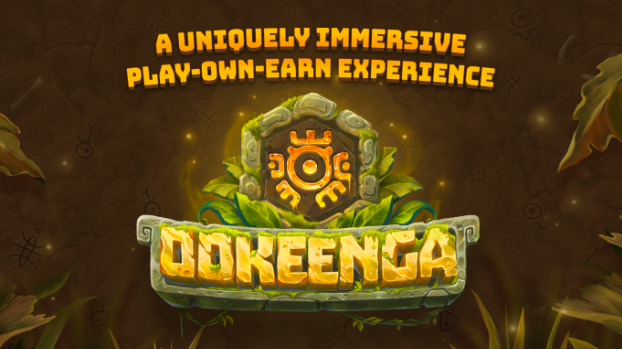 While many projects have been launched to attempt to improve the P2E experience, Ookeenga has been praised for its commitment to its excellence in the storyline, game design, gameplay, and for the sustainable model Play-Own-Earn that offers users long-term value rather than just short-time in-game earning.

The beta launching event was followed by the result of more than 15k+ registered users.

Ookeenga’s long-term vision is to become a core content IP with a comprehensive ecosystem consisting of both Web2 & Web3 subsequent projects. Following the Beta version release is the next major milestone of Ookeenga: Official IDO in September.

Ookeenga is a Web3 real-time strategy game of Cros, an independent studio game from Vietnam. Built by a team of 30 people with over 7 years of experience winning multiple prestigious awards in Game-Tech, Ookeenga offers a massive fantasy game world that delivers its own legendarium, up to 80 million unique heroes with different skill sets and 3 gameplay features: PVE, PVP, Tournament.

Ookeenga has made a strong impression in both gaming and web3 industries using straightforward strategies:

As a result, it led to several prominent achievements for Ookeenga:

Ookeenga Web3 Game is the first product of a long-term visionary project of the Ookeenga franchise, including Web2 games, mobile games, and merchandise that revolve around the world of Ookeenga.

An epic chronicle of the insect world

Ookeenga is set in a world where insects have evolved and built a massive civilization.

Inspired by the hit game Clash Royale which has easy but addictive gameplay, Ookeenga is a combination of 3 genres that are common in the gaming community: Real-time Strategy, Collectible Card, and Tower Defense. This makes the game easy to pick up but takes time to master.

Ookeenga will bring back the ‘Play’ factor in GameFi by building on its core strengths:

Since its inception, Ookeenga has accumulated impressive achievements with a 500K+ community and over 50 partners onboarded.

After its successful debut on Binance NFT for Genesis Cocoon NFT sales, Ookeenga is now entering the next stage of game development – Beta Game Release – then heading towards their IDO launch.

Ookeenga’s official game is set for a Q4/2022 launch, followed by its Web2 version in the next few months.

With existing and expanding traction from investors and players, Ookeenga is expected to be the next rising star for GameFi, delivering a truly immersive Play-Own-Earn experience.

Cros has completed numerous diverse projects from traditional games to GameFi and Edtech products. Their credibility has been proven through successes coming from the best experience offered to users.

The Secret Relationship Between Adult Content Industry and Crypto!