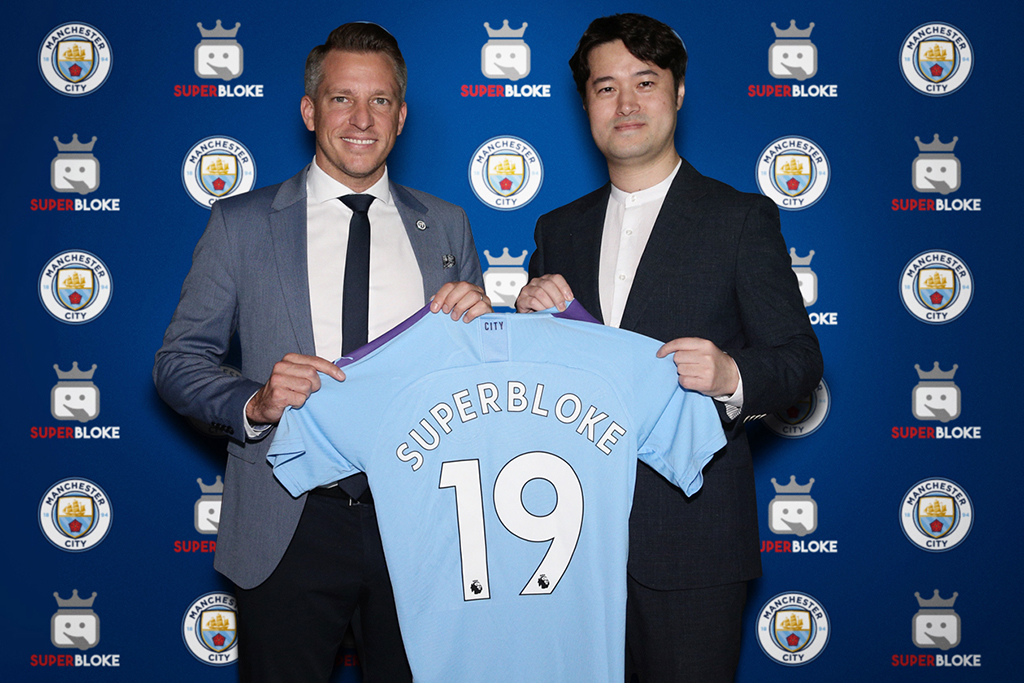 On Monday, Man City announced its new partnership with an online gaming startup called Superbloke. It is an online football game based in South Korea. Its users now can train and build their own digital version of Manchester City FC by collecting digital player cards using real-life match stats and in-game training.

This is all done via the blockchain-powered collectible dApp “FC SUPERSTARS” where users can hold these player cards as digital assets. Once the users have completed a players’ growth period, they can be registered on the Ethereum blockchain and become a digital asset.

Also, judging by the information provided on their website, Superbloke claims to be the only startup in Korea which has the ability to obtain an IP license from famous football clubs and leagues in Europe. That way, according to the website, they can provide a service that uses players’ actual images.

This partnership, as the club announced, makes Superbloke Manchester City’s official blockchain-based Gacha partner in Korea, Japan, and Southeast Asia. This is an interesting concept, as many online games related to popular sports like football have been concentrating on virtual players which the user trains and builds his team. This is a much different game as the game will be based on real-life stats and events. As Superbloke describes its service on their website:

“[The company] wants to make [a] distinguished service by using Blockchain technology, not like existing typical football games, and connects football fans, Blockchain and football to one.”
However, this partnership hasn’t come up as a surprise. Superbloke managed to announce it in early June 2019. And even earlier than that, in April, it launched an open beta version of FC Superstars. At the time when Superbloke announced this huge partnering, it promised to its users and followers that they can expect various events and collaborations with Manchester City FC throughout the partnership.

Man City has shown great interest in the field of online gaming. Damian Willoughby, the senior vice president of partnerships at City Football Group, pointed this out as he sees Man City’s growing relationships with gaming in general. He says that the football club is always open for new experiences for their fans to engage with the club throughout as many digital platforms as possible.

“We look forward to welcoming Superbloke to the Manchester City family and growing our knowledge of this developing industry,” noted Willoughby.

Also earlier this year, another English Premier League football club called Leicester City FC, announced the renewal of their partnership with eToro, which is a multi-asset and crypto investment and trading platform. eToro, on the other hand, has started a massive ad campaign where it emphasizes on commission-less trading and investing in cryptocurrencies in general.