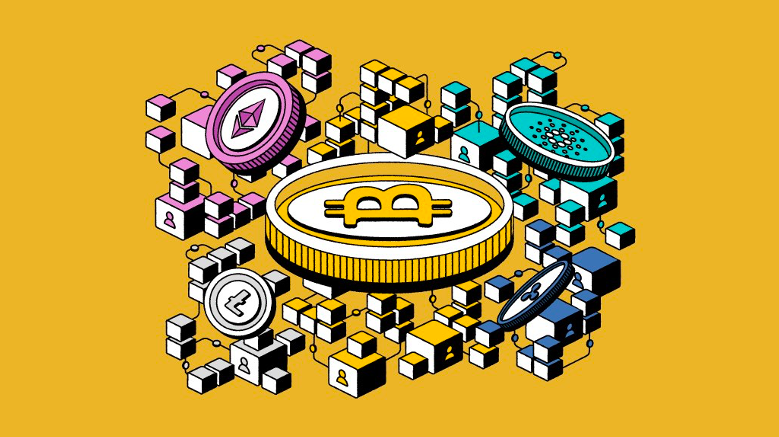 For many in the publishing industry, blockchain’s potential to reshape programmatic ad exchanges is a longstanding promise, but one deemed challenging and expensive enough that it has long been a promise delayed. However, as blockchain technology and its applications to programmatic improve, vendors and their partners are putting their lens on the technology again.

In this Q&A, Custom, the in-house agency at Digiday Media, spoke with Ben Putley, CEO and co-founder of Alkimi, one vendor working to solve the blockchain equation for programmatic marketers, about changes to the programmatic ecosystem and how blockchain factors into them.

Custom: To date, approaches to blockchain in programmatic marketing have amounted to something like a layer of ad tax because they haven’t offered the speed bidders need to compete for inventory. How have new technological advancements addressed this issue for publishers and advertisers?

Ben Putley: Blockchain solves a lot of the issues right now, but so far iterations of products that were using blockchain only represented one part of what it might have been. Traditional blockchain technologies, while groundbreaking, have been lacking for industries such as advertising — where a vast amount of transactions need to be processed in a short finality window, and at low cost. A programmatic bid request taking 30 minutes to be filled (like a Bitcoin transaction) would obviously lose every single time. Similarly, a high transaction fee (e.g. Ethereum “gas” fees) to deliver every single impression would bankrupt a business in hours.

We’re the first project to be incubated by Constellation, a distributed network designed to enable fast, scalable solutions for organizations needing to process and transfer data quickly and securely. At the core of Constellation’s technology is the Hypergraph, a fee-less decentralized network. Hypergraph technology is the only existing technology that can match the cost and speed requirements of hosting an ad auction on a blockchain. The Hypergraph’s interoperability with existing systems and applications means that we can connect to existing endpoints via OpenRTB 2.5 and Prebid, and to existing ad tech solutions (e.g. DSPs) These kinds of advances are enabling programmatic teams to go to market with pipes that feel the same, integrate the same but that perform wildly differently — cheaper, more efficient, more effective pipes for you to trade in the way that you’ve always traded if you’re an advertiser.

Custom: Will these blockchain advancements ‘clean out’ the programmatic ad exchange system? What would be the first three ways you’d say it’ll do this?

Ben Putley: I wouldn’t necessarily say clean out; the metaphor I use is that, at the moment, advertisers and publishers have inventory that they sell and they’re just kind of peeking through the letterbox. They’re like, ‘Oh look, I think that’s what’s going on, I’m going to make a decision based on what I think I can see.’ I think the first step following the advancements underway will be transparency of data, which will then allow much better use of that data — allowing an advertiser to think about their strategy. It’s going to be a revelation. If you can crunch those numbers, then what can you do now? You can see way more of what’s going on and who is a good partner, a bad partner and which channels perhaps are working for you better than others.

This ability to see all the data and have interoperability between your data sets means that for the first time you can say, ‘OK, my digital audio campaign performs better than my display campaign at less than the budget for display. Let’s team that with our digital out of home. And then, how does that tie into our video or connected TV strategy?’

Custom: What are some specific ways marketers will be able to improve engagement and ROI with this type of system?

Ben Putley: As it stands, 49 cents of every advertiser’s dollar is spent before they reach a publisher, and one-third of the supply chain costs are completely untraceable. I think if we can come to market and provide some more yield back into that system, it might be that publishers can have much larger creative teams and more engineers working on the UX of a website to create a better experience for people visiting it. Or, they can have more money to then put back into their journalism. They can have fewer ads that are more engaging and achieve better performance because the user experience on the whole has improved.

Custom: As with any new technology, the adoption process can be a bit challenging. What kinds of companies — in terms of size and industry — will take the lead on implementing this new type of ad exchange?

Ben Putley: Any publisher or marketer who wants to get a better steer on the digital supply chain, the margins that their partners are generating and the degree of fraud that is occurring in each transaction would benefit from working with these new ad exchanges. We want there to be fewer, better ads which will lead to improved user experience and increased engagement with advertisers’ creatives, so any business aligned with this mission should embrace blockchain as it evolves.

Custom: What will the future look like — for users, publishers and advertisers — when this new ad exchange system is up and running and widely adopted?

Ben Putley: For the user, I see a world where they have sovereignty of their data — they control who does and who doesn’t see it. And then, by making data interoperable, by making it tradable, you create a new revenue stream for marketers. Meanwhile, publishers will be able to offer better, more compelling advertising because there’s fewer ads on the page — and if we’re able to reduce the amount of third-party JavaScript, websites will load even faster. It’s going to usher in this world where there’s more accountability, more transparency. Everyone is now rewarded for playing together in this model — the rising tide raises all ships, as they say.