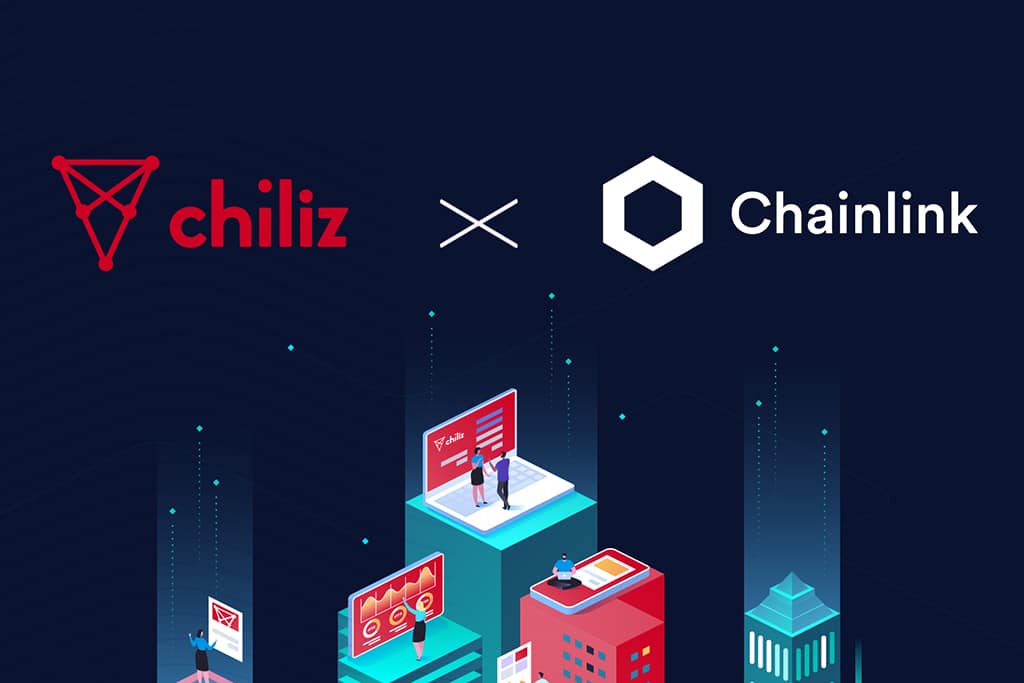 Chiliz (CHZ) and Chainlink will cooperate on the facilitation of real-time automated mint of non-fungible tokens for their partners like FC Barcelona.

Through a medium post on March 4, Chiliz (CHZ) announced it will be integrating its services with Chainlink. According to the post, the integration will facilitate Chiliz to mint the Non-Fungible-Tokens (NFTs) for partner clubs like FC Barcelona on their fan voting and also the rewards app in real-time. This will be enabled by the raw data which will be securely transmitted by Chainlink decentralized Oracle Network.

Chiliz is a start-up fintech platform that powers Socios.com, hence giving sports fans a chance to participate in the managerial voting of their favorite team, and also leagues. Its platform currently offers services to football clubs like West Ham, Juventus, Barcelona, Paris Saint Germain and many more. The branded fan token gives the fans a chance to vote on the polls which their clubs publish on Socios.com.

On the other hand, Chainlink provides a decentralized oracle network with similar security measures with smart contracts. It boasts of allowing several Chainlinks to evaluate the same data before triggering the signing of a smart contract. By eliminating one point of contract failure, Chainlink guarantees a better value for smart contracts to its customers and partners.

What Barcelona Fans Should Expect from Chiliz and Chainlink Partnership
With the new strategic partnership between Chiliz and Chainlink, most fans now are expecting a secure, reliable and trustworthy service from the clubs. With the voting and reward system based on data provided by Chainlink, the real-time minting will be an added advantage to the fans.

According to the post, Chiliz will now be in a position to launch and support CHZ/USD price feed in order to provide a reliable on-chain conversion between the two currencies. It will be secured by a total of seven nodes that source data from different APIs, hence ensuring the accountability and reliability of the token conversion to USD.

As from the time of partnership, Chiliz will now be in a position to create dynamic Non-Fungible Tokens which are responsive to real-time sporting events, hence mint limited collectible tokens. This will not be the first major partnership that Chiliz has made to improve and penetrate the sporting industry, earlier in this year, it announced a partnership with Enjin, a blockchain ecosystem developer, in order to mint Ethereum based collectibles.

According to CEO & Founder of Chiliz and Socios.com, Alexandre Dreyfus the non- fungible tokens will be a key factor in $CHZ utility expansion in 2020. “We’ve already got an amazing roster of partners and will be adding many more as the year progresses, creating multiple opportunities to mint limited-edition licensed collectibles,” explained he.