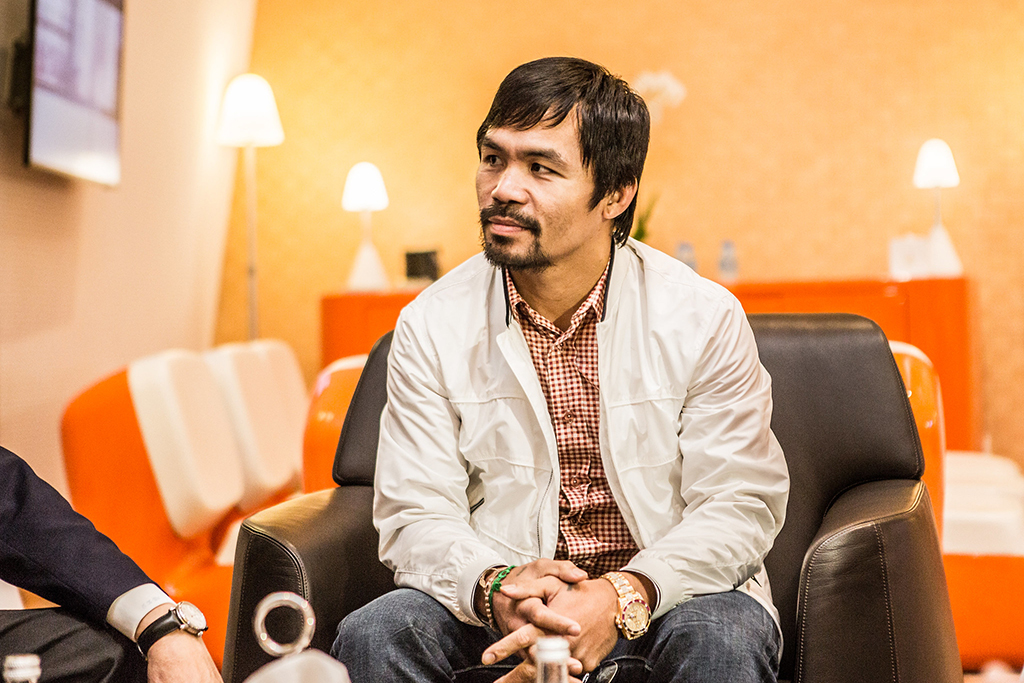 Popular boxing welterweight champion, Manny Pacquaio, has just launched his own cryptocurrency. The ‘PAC’ tokens will be listed on the GCOX in Singapore and will allow fans to interact with the superstar as well as purchase merch.

In recent times and with the adoption of cryptocurrency growing at a steady rate, there has been no shortage of interesting entities – both corporate and individual – entering the cryptocurrency sector to be a part of the relatively new technology. Now, popular Filipino professional boxer and senator, Emmanuel Dapidran Pacquiao, aka Manny Pacquiao, has launched his own digital currency dubbed ‘PAC’ on the 1st of September, at a free concert held at the Philippine capital of Manila.

Pacquiao who won against Keith Thurman to become the current World Boxing Association welterweight champion, performed music from his own album at the concert, which featured covers of many well-known love songs.

Pac Tokens
Pacquiao’s Pac tokens will reportedly be listed on Singapore’s Global Crypto Offering Exchange (GCOX) and is slated to be used by his millions of fans and supporters worldwide, for easy purchase of his merchandise, as a way to win “attractive prizes and rewards,” and also for communication with the boxing champion on several social media platforms.

Apart from Pacquiao himself, the Pac tokens also has a few other private investors including English former footballer Michael Owen, as well as a key member of the Abu Dhabi ruling family, Sheikh bin Zayed al-Nahyan. The official website for the asset also mentions that the boxing superstar’s status and popularity will be leveraged for adoption of the tokens.

“PAC Token (PAC) rides on the advantage of blockchain by transforming the popularity and brand of Manny Pacquiao into crypto tokens which are quantifiable and exchangeable. Millions of fans will now be able to get closer to their idol Manny Pacquiao by having access to his bespoke fan-celebrity programmes powered by GCOX.”

The Global Crypto Offering Exchange
Even though 40-year-old Pacquiao has now gone into history as the first celebrity to release his own cryptocurrency, he isn’t the only one currently working on doing this. Reportedly, American singer Jason Derulo, as well as Tennis star Caroline Wozniacki, are also in the works with plans to release their own digital currencies as well. When both are ready, they will be listed on the GCOX, just like the Pac tokens.

Jeffrey Lin, founder and CEO of GCOX, has commented on GCOX’s willingness to float these several assets. According to him, GCOX is not being driven by the potential profit from these endeavours. Lin said:

“We are not here to raise a lot of money but to build an ecosystem.”

GCOX’s white paper reveals that the service is powered by the Acclaim blockchain but also does mention that it has a design that will significantly benefit celebrities, tailored to whatever stage they are in their line of business.

Last year, when it was announced that Jason Derulo was working on his own token, the GCOX Chief Communications Officer, Evan Ngow, suggested that many more celebrities would eventually become a part of the GCOX family. Ngow said:

“We are committed to assembling a diverse, multi-talented array of stars at GCOX, and Jason will certainly not be the last musician to join our ranks.”

There Is No Such Thing as SEC-Approved IEO, Says SEC