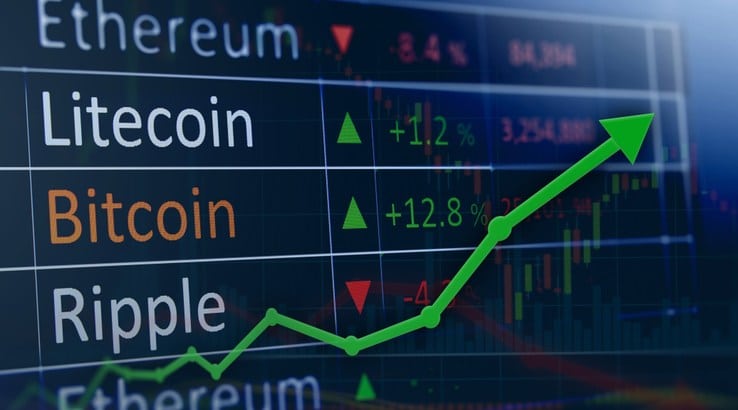 Both Cardano (ADA) and Bitcoin (BTC) have been the best performing digital currencies in the last hours. Among the top 14, they have registered the largest price increases. The price surge in these two virtual currencies is related to different reasons including the golden cross for Bitcoin and a partnership between Cardano and the Ethiopian government.

Cardano and Bitcoin Become Leaders In The Market

Both Cardano and Bitcoin have performed very well in the last few hours. Bitcoin registered a 5% increase while Cardano skyrocketed 10% in just a period of 24 hours.

The reason behind Bitcoin’s price surge is related to the so-called Golden Cross in which the 200-day moving average and the 50-day moving average intersected each other. This is a very bullish sign for Bitcoin that was affected by a bear market in 2018. The Golden Cross has a bearish counterpart called Death Cross, which took place in April 2018 after Bitcoin dropped from $20,000 to $6,000 in just a few weeks.

Meanwhile, Cardano has been operating in a very bullish way in the last few days after Charles Hoskinson, the CEO of IOHK and founder of Cardano, announced a partnership with the government of Ethiopia.

In an AMA that Hoskinson held on YouTube, he said that they have signed a Memorandum of Understanding (MoU) with the Ethiopian government to start a digital payment partnership in the African country. The main intention is to work side by side with the Ethiopian Ministry of Innovation and Technology to allow Ethiopian citizens that live in Addis Ababa to conduct utility payments and pay for public transport using the ADA virtual currency.

A few weeks ago, Cardano has received support from the hardware wallet manufacturer Ledger, which produces one of the most secure and popular hardware wallets in the market, the Ledger Nano S.

MadTrooper – The most awaited NFT drop of 2021

Massive NFT and Token Giveaway From Polker as Staking is Announced!