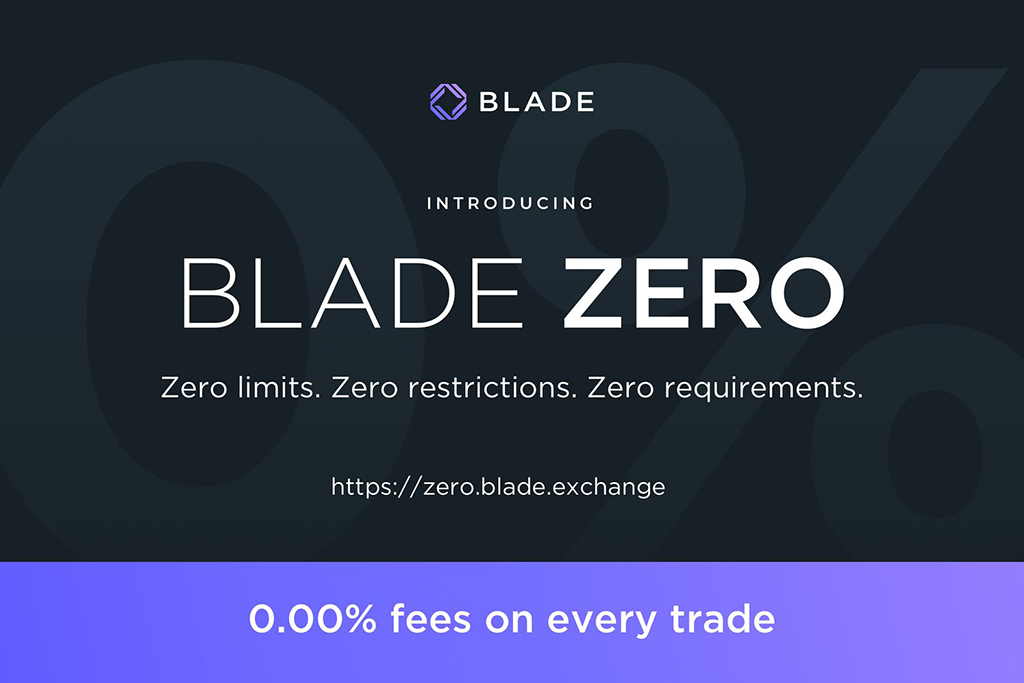 Crypto perpetuals exchange Blade announced it is beginning to operate on zero-fee trading next month in order to win market share from its competitors.

This exchange is backed by Coinbase and it started with its work already in September. However, before it had a $10 subscription fee but it decided to remove it as well. Assumption is the exchange wants to create a network of monthly subscribers. Still, they will not be paying any fee for trading.

Even though the company is San Francisco based, it forbids U.S. citizens from opening accounts on its platform. U.S. government agencies have been a lot more severe when regulating cryptocurrencies, so there’s more trading activity taking place on exchanges outside the jurisdiction. Blade itself is an offshore entity with a U.S. subsidiary with its primary market being East Asia.

First Zero-Fee Exchange
We are talking here about the first cryptocurrency exchange that plans to offer fee-less trading in Bitcoin perpetuals.

Perpetuals, or perpetual swap contract are financial derivatives, similar to futures, that enable traders, investors, speculators, hedgers to easily long and short cryptocurrencies with leverage. Usually, when traders had a perpetual swap trade open, they had to pay funding fees. A mechanism was securing merging of the perpetual price to the true price by exchange of currency swaps between long and short users.

To make it short, if the perpetual price was bigger than the spot market price, longs had to pay the shorts a funding fee.

Blade’s main rival is BitMEX, that currently rules the perpetuals space. However, at present, it is charging a 7.5 basis points (bps) taker fee per trade and so are other competitors, as are Deribit and ByBit.

Furthermore, Blade will not have any constraints or acceptability concerns. This is totally different than some other exchanges which are offering products in a way similar to zero-fee trading, but wants that its users buy and hold exchange tokens.

Wants to Compete with BitMEX
With a ‘fee-less, zero-eligibility model’, Blade is hoping to create a network as BitMEX and other exchanges have. It also provides up to 150x leverage. This is much more than 100x leverage BitMEX has.

The bigger volume could be created by high-frequency traders like scalpers.

A scalper is a type of trader that may propel in and out of a stock or other asset class dozens, or in some cases even hundreds, of times a day. The reason these traders are so active is that they hope to gain a small profit on each trade and that these small profits will add up to a big batch at the end of the day. Scalpers work on thin margins and need lower costs to make money.

If Blade makes it when it comes to take a bigger market share with its new strategy, it could begin a pricing war, where rivals will be lowering their costs in order to keep users.

Why NOT to attend ChainPoint 19!