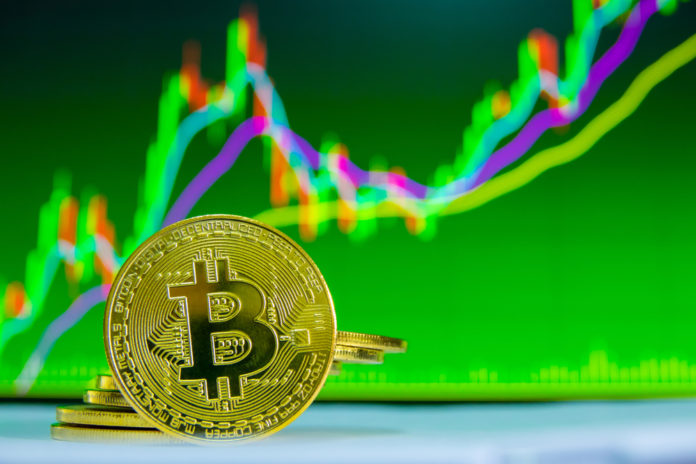 Another crazy week is in the books for bitcoin. The granddaddy of crypto is trading for just over $8,600 at press time. This marks a gain of roughly $600 since our last price piece. Thus, bitcoin is still on the rebound and being controlled by the bulls.

A Brief, but Noticeable Spike
At the same time, earlier last week, the asset did reach $9,000 briefly before falling back into the $8,000 range. The currency is still trying to reach the $9,000 range on a more solid level, though this is proving harder than originally anticipated.

One source says that bitcoin’s biggest problem is that nobody is using it. Cryptocurrency audit firm Chainalysis claims that within the first four months of 2019, less than two percent of merchants have accepted cryptocurrency payments for goods and services. What’s interesting is that many more retailers are allowing crypto payments through the introduction of companies like Flexa, which has already partnered with the likes of Jamba Juice, Nordstrom, Whole Foods and other popular shops.

However, many people just aren’t using bitcoin and related crypto assets to pay for their items. The fear is that they could use their coins for purchases, and these coins could ultimately surge over the next few days, leaving the original owners feeling gypped. This, in turn, has led to what the firm says is a nation of “hodlers” – people who refuse to sell their coins and hold onto them no matter what.

Bitcoin economic activity continues to be dominated by exchange trading. This suggests bitcoin’s top use case remains speculative, and the mainstream use of bitcoin for everyday purchases is not yet a reality.

We’re certainly getting closer to that reality. As mentioned, enterprises like Flexa have entered the mix and Chainalysis did report some crypto retail purchases, but it’s happening at a very slow pace.

Bitcoin is the leader today and may continue to be the leader due to having the largest network effect and ‘brand,’ but I don’t’ think bitcoin itself will ever be ‘money.’ Bitcoin doesn’t have to be money to be a success. A lot of great technologies end up being strategically important without living up to their initial roadmaps.

The Jumps Are Happening Regularly

Bitcoin has been enjoying a steady price rise over the past two months. The currency initially hit the $5,000 mark in April and has since nearly doubled in value. Sonny Singh, chief commercial officer at Bit Pay, claims:

We are still tracking a little up from last year. The consumers in America generally spend more when the price of Bitcoin goes up. They’ve gone the double. They want to sell some.

PERI Finance Closes a Successful Second Round Fundraising Right Before its Upcoming IEO on...

Which Crypto currency will get the next big leap in the market?