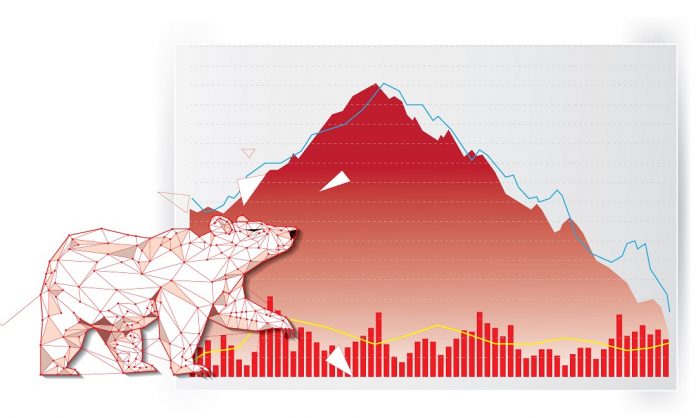 As this Sunday trucks along, it has become rather apparent the cryptocurrency markets are getting battered once again. Despite a rising Bitcoin Dominance Index, it is fairly obvious to see the prices are being pushed down in violent fashion all across the board. Not the trend traders are looking for, but it is not entirely too surprising either.

Another bad day for Altcoins

This past week has been very interesting for all cryptocurrency markets, albeit not necessarily in a positive manner. Most markets lost a lot of value, even though Bitcoin wasn’t looking overly bearish until earlier today. In fact, the world’s leading cryptocurrency lost all of its value today, which shows there was a somewhat neutral to a minor bullish trend taking place until this morning. Why things have changed right now, is up for debate. No one ever knows why these markets move in the direction they are heading in.

As far as the alternative markets are concerned, things look even worse. To date, there is only one market noting gains this week, which is Tether’s $1 stablecoin. All other markets lost between 11% and 32% in rather quick succession. This is further confirmation as to how much these markets rely on Bitcoin, yet often struggle to stand on their own, even if the world’s leading cryptocurrency hasn’t shown any bearish signs. This week proves to be an interesting example in that regard, for obvious reasons.

The biggest “losers” of this week include EOS, NEO, Bitcoin SV, and Cosmos, which all lost over 25% in the past seven days. This is despite all of these markets seeing some positive momentum in recent weeks, yet it is evident this could not be sustained due to various reasons. Especially in the case of Bitcoin SV, the current price trend doesn’t instill much confidence whatsoever. NEO, Cosmos, and EOS face very similar struggles in that regard, as they have a major hurdle to overcome.

One easily knows things are not looking all that great when Ethereum, XRP, Litecoin, and Bitcoin Cash also lost nearly 25% over the past seven days. These losses are all at least three times as steep as Bitcoin’s decline, which further indicates how big of a role the world’s leading cryptocurrency plays in this industry. Especially when considering how the Bitcoin Dominance Index now sits at 65.6%, it seems unlikely that any of the altcoins will make a meaningful impact in the days and weeks ahead. There will potentially not be much of an altcoin season in 2019.

Interestingly enough, there are three currencies in the top 20 which managed to contain the losses. Do keep in mind this means there is still a loss of up to nearly 16% in place, but it is a vast improvement compared to all other markets. In the case of Stellar, there is a 15.86% decline in the past week, which is rather interesting to keep an eye on. Monero, on the other hand, managed to lose just 14.24%, which makes it the third-best performing coin in the top 20. A very peculiar trend, as it seems XMR gets overlooked rather regularly by traders and enthusiasts.

The biggest winner of the alternative markets is none other than Binance Coin. Although BNB lost 11.78% in value over the past week as well, it is still performing a lot better compared to all other markets that aren’t Bitcoin. On the day alone, BNB lost slightly less value than Bitcoin percentage-wise, which indicates this altcoin market can be rather resilient during these volatile periods. It is certainly possible this will be the first altcoin market to rebound when push comes to shove. When that will be exactly, is nigh impossible to accurately predict at this time.