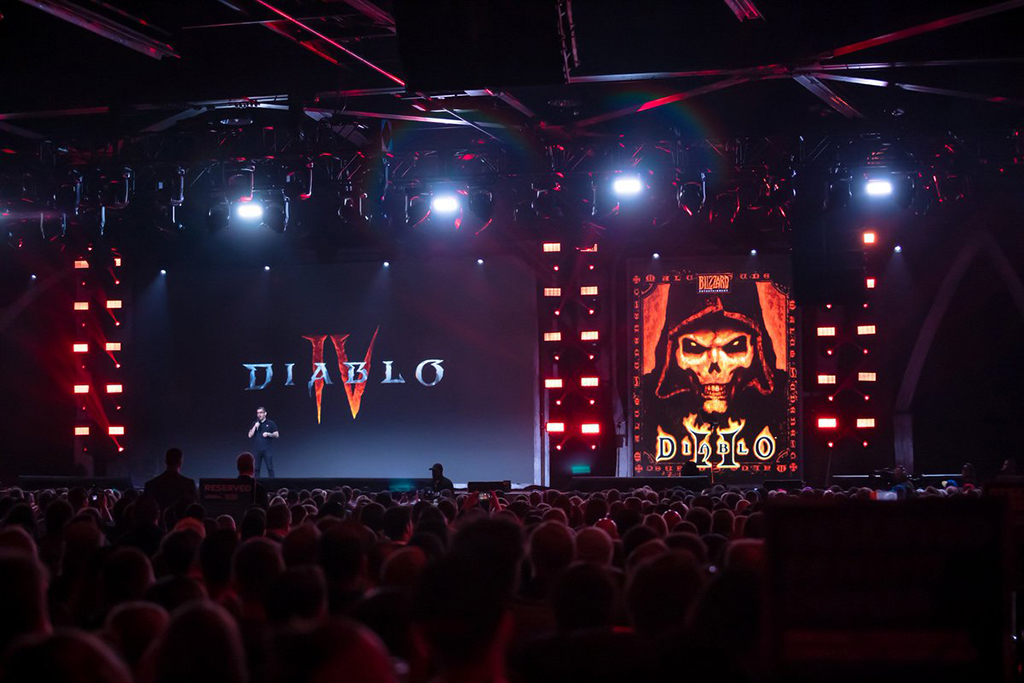 Diablo 4 has been unveiled at the ongoing Blizzcon 2019. However, the stocks of Activision Blizzard haven’t reacted.

After years of so much speculation, the Diablo 4 video game has been announced by Blizzard Entertainment. And yes, it happened after so much speculation on whether it would ever be created. As it was expected, this was made open at the Blizzcon 2019 where the Diablo 4 was unveiled as a sequel to the Diablo 3. It comes packed with all the fun and adventure that gamers are meant to experience.

In a cinematic trailer, we see the return of Lilith the daughter of Mephisto who is the Lord of Hatred. She arrives as summoned by someone in a grey hood and pale skin who may be one of her progeny (who knows?). As queen of the Succubi and mother of the first Nephilim, it appears that she is set to take up the seat of power of Diablos and the journey there seems set with quite the battles that the players expect it to be.

With the destruction of the sanctuary by Maltheal, heaven’s gates remain closed and heaven refuses to acknowledge the current events on the ground as it were. With the stage set with five unique regions with day and night sequences, the game already has set to being isometric with action RPG and PVP zones in the overworld as well.

What is more interesting though is that three classes in the game have been in the game although it is expected that there will be five of them (Blizzard hasn’t said anything about this though).

The Barbarians which are strong fierce and can cause all kinds of problems with a new weapons system arsenal,
The sorceress which use the forces of nature (fire and ice) as easily as others wield swords and are known for impaling as well, the use of lightning, of course, is a stark reminder of their metaphysical powers,
The Druids who are shapeshifters (were-wolf and were-bear) and they use this to change the final outcome of the battle significantly.
The Release Date of Diablo 4 is Unknown
As it is the fashion of Blizzard entertainment when it comes to dates of releases, the release date of Diablo is still unknown but based on the product cycles of the Xbox and PS4 which are set to expire next year, 2021 seems to be the best bet when the game will be released.

Indications, however, show that lots of resources are being put in place to bring make the final release a living reality. Nine jobs were recently listed on Blizzard’s site for an unnamed project which made many speculate as to the nature of the project itself which of course (your guess is as good as mine) is Diablo 4.

Then we have Blizzard’s absence from the Gamescon 2019 which indicates that the in-house projects just had to take precedence over other things.

As the Blizzcon 2019 progresses, we shall be able to glean further insight into what’s coming for Diablo 4. Diablo 4 is going to be available for PC Gamers, the Xbox and Play Station Community.

It’s interesting to note that the stocks of Activision Blizzard still remains at the same level as they used to be during the last weeks before the announcement. The stock is trading at approximately $55.

The Sceletium Source is Partnering With the Elyseos Ecosystem